Find More Supporters Who Love Your Cause and Want to Donate

Find More Supporters Who Love
Your Cause and Want to Donate

Few nonprofits want to spend their time and energy on fundraising. What if you could just find more people like your current supporters, without much more work? That’s where leveraging online tools and the concept of “inbound marketing” becomes a game-changing strategy.

Now that you’ve identified why your current patrons support you and what they’d like to see more of, you have the information you need to give them more. You can also use that same content to attract more like-minded and like-hearted people using “inbound marketing.”

NOTE: This is part 3 of our series on three ways you can double donations for your nonprofit (or even multiply them eightfold). We recommend you begin with part 1 and part 2.

Ways to Find and Connect with New Supporters

Word of mouth is still the most effective way to reach new people. A recommendation by a friend you trust is usually more powerful than any advertisement or claim by someone you don’t know. So the first—and most powerful—thing you can do to find new supporters, is to ask your current ones to spread the word. As obvious as this seems, many organizations leave this crucial step out the much of the time, thinking that it’s a “given,” or hoping to achieve it passively.

It’s not enough to share great content if no-one sees it. Similarly, it’s not enough to have your content seen if your goal is to grow your audience. In the for-profit and non-profit worlds alike, optimizing your content for specific goals (like growth) is referred to as Conversion Rate Optimization (CRO).

Every piece of content should have a goal—whether to sign up for your newsletter, attend an event, donate money, call a congressman, or any other action you want the content consumer to take when they’re done. Every action taken as a result is considered a “conversion” because you’ve converted the visitor to an active participant. Optimizing those conversions might include testing where to place the request, how to word it, etc., but if you don’t ask—and give people an easy way to take action—you’re not getting the most out of your efforts.

TIP: Whenever possible, that goal should be clearly stated in a “Call to Action” on the page. The quickest way to recognize a call to action is a button. We associate buttons with actions, automation and simplicity.

So, why not ask people to share it with friends who might find it interesting or useful? Give them links in your emails and on relevant pages throughout your site, that do the work for them. All they have to do is push a button and an email is sent, a post is shared, a pin is pinned, etc. If the reader has received value from the video, article, podcast, etc., they will feel like they “owe” you that much. Plus, it will make them feel like they’re doing their friend(s) a favor by sharing the content with them.

Another ideal time to ask people to share your cause or campaign is just after they’ve contributed to it. Since they clearly see enough value in your work to “pay you back” they are more likely to share your cause with others. They may also want to “humbly brag” about their support, to show others that they care about causes like yours.

While the personal referral is the most powerful—it has been a foundation of sales training for decades and is the reason sites like Yelp exist—it is just one arrow in your online quiver. Another powerful arrow is social media marketing. In this case, we’ll focus on Facebook, since that is the most ubiquitous platform and has the most powerful targeting tools.

What not to Advertise

Don’t advertise yourself. Advertising for people to just “like” your page might increase a vanity metric, but with Facebook’s organic reach now below 2%, your fans are not likely to hear from you on Facebook unless you once again advertise or promote your posts to them. The only winner here is Facebook, who gets paid every time you do that.

Similarly, advertising your website might increase some awareness of your organization, but is not likely to drive traffic or increase your base of loyal supporters. And the worst thing you can do is to just advertise your request for donations. As we previously covered (in part 1 of this series), you’re competing against myriad other requests for people’s time and money; without a genuine connection to an individual, you may wind up alienating more people than you connect with.

What to Advertise to Gain Supporters

Advertise the new, original content that you learned connects best to your current top patrons. As much as possible, marketing should be about the people you impact and the benefits you provide to the world. This will be evident in your best stories, however they’re shared.

The easiest thing to do with a post on Facebook is hit that “Boost Post” button to promote it, and simply target your fans and their friends. While people often share common interests with their close connections, that’s a somewhat scatter-shot approach for many causes.

For example: Let’s say your cause is combating obesity in the U.S., which affects nearly 35% of the population. Your page fans will be individuals who are personally affected by the disease (directly, or through a loved one). And while they may each have thousands of Facebook friends, statistically, 65% of them are unlikely to consider your cause as paramount in their own lives.

Instead, you can do targeted advertising, even with a post that you’ve already placed on your timeline. Targeted promotions and ads can be based on location, such as cities, states and countries. Then they can further be refined by interests which, for the above example, would include “obesity,” “obesity awareness,” and other organizations with large fanbases, like the “obesity action coalition.”

TIP: If your goal is to cultivate more donors, Facebook’s “Detailed Targeting” options now offers the ability to target people who have donated to specific causes (or any causes) in the past! 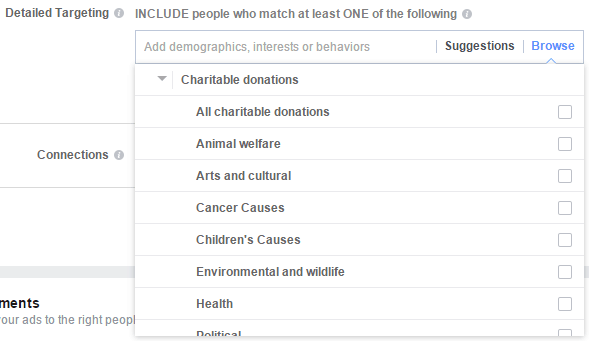 Another option is to let Facebook find people similar to your current email subscribers. You can import your current email list into Facebook’s ad tools to create a “look-alike” audience, and advertise directly to them. Facebook analyzes what your subscribers have in common and then attempts to find similar people on the site. All email providers offer you the option to export your list, and MailChimp even integrates directly with Facebook, pulling in the list information automatically.

Which Method is Best for Reaching People Who Love Your Cause?

Word of mouth—whether actually spoken, emailed, or shared on social media—are going to give you the most bang-for-buck, since they’re largely free, and the most powerful engine for recommendations. But advertising relevant content to the people you know are likely to be interested, is a powerful option. The more clear you are about whom you are targeting and with what content, the less expensive and more effective it will be.

Our next article in this series will conclude with how to make more people feel personally connected with your cause.Make sure you're subscribed to our newsletter to get the info you need to grow your organization and do more good.

Questions about aspects of your online presence?

Ready to take your dotOrg to the next level? 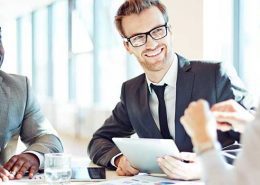 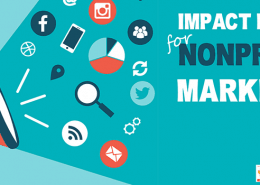 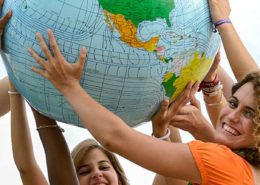 5 Steps to Getting the Most from #GivingTuesday

2016 Mobile Trends: What Nonprofits Need to Know and Do

5 Steps to Getting the Most from #GivingTuesday
Scroll to top