How are nonprofits and NGOs using technology today? And what are the trends and the opportunities your organization can capitalize on? The data is in.

Whether you want to pick up some best practices and ideas for improved engagement, or just see how you compare to other nonprofits around the globe, you’re in luck. The newly released “2017 Global NGO Online Technology Report” (link below) is full of fascinating data. We combed through the numbers to pull out our favorite statistics that you can use to take your organization’s content and engagement to the next level.

The research, assembled by Nonprofit Tech for Good and Your Public Interest Registry, comes from a survey of 4,908 NGOs (non-governmental organizations) from 153 countries across six continents: Africa, Asia, Australia & Oceania, Europe, North America, and South America. The highest number of respondents came from North America at 44.1%, 82% of which came from the United States and another 14% from Canada.

The goal was to examine nonprofit/NGO usage of email, blogging, social media, and mobile technology, and its effectiveness in terms of engagement and garnering support.

When compared to the worldwide rates, it should come as no surprise that North America led the adoption of technologies in nearly every category. There were some notable exceptions, however. Here are how technology platform usage rates compare between North America and the world:

Live broadcasting is on the rise.

52% of NGOs and nonprofits said they have used social media to report live. Whereas live tweeting has been a popular tool among many orgs and businesses for years now, Facebook has made aggressive moves into live video streaming over the past year, with 79% of organizations now having at least tried the functionality. Twitter, which recently acquired Periscope and is now offering live streaming, as are dominant video platform YouTube, and millennial favorite Instagram.

With high bandwidth broadband connections now the norm at home, in the office, at wi-fi hotspots and on mobile networks, the appeal of—and demand for—video appears to be on the rise.

When it came to how nonprofits rated the effectiveness of these tools, however, a different picture emerged, with North American orgs feeling that social media was on average less effective than their global counterparts. Possible reasons for that could include the feeling of over-saturation in the space, with too many brands competing for attention and too many platforms to keep up with. In fact, social media didn’t break into the top three tools.

* Of the organizations that use each platform, the percentage that rated them as at least “somewhat effective.”

How Social Media is Delegated in Nonprofit Workflows

Only 34% of North American nonprofits have a written social media strategy.

Two thirds (66%) of those surveyed said that their executive staff prioritizes social media in their funding and communication strategy. For those that don’t, the top reason was due to a lack of social media knowledge. The responsibilities of handling social media for organizations fell upon a wide range of dedicated and non-dedicated staff positions. Volunteers were responsible for social media in 18% of nonprofits surveyed. These numbers may be indicative of a combination of low prioritization, unclear goals and ineffective use of an organization’s resources.

Takeaways and Action Steps for Your Nonprofit

Stop drifting your way through  online engagement, hoping to get to your ideal audience and make a greater impact. Develop your ideal social media, content and engagement strategy through the power of storytelling. Enroll in our course, risk free: 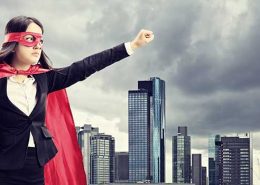 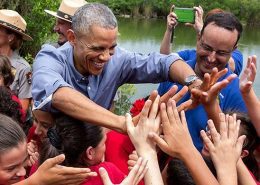 What the Obama Foundation Website Can Teach Your Nonprofit 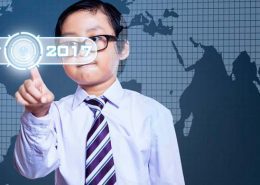 Fundraising: The Nonprofit vs. For-Profit Double Standard
Scroll to top